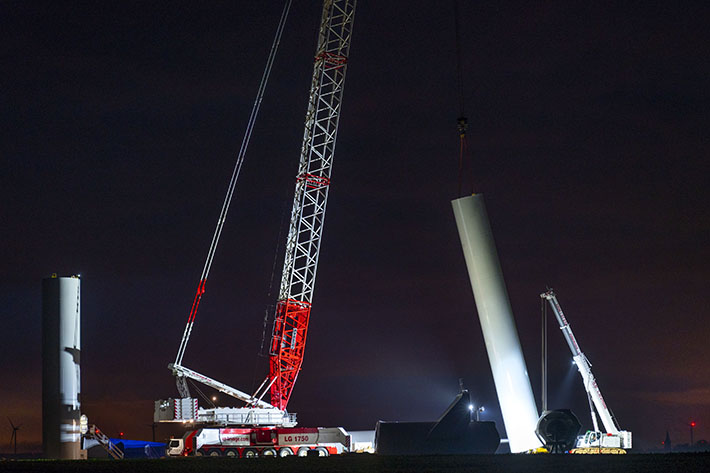 The notable thing about this was that the mobile lattice boom crane was from the large stock of used cranes which the crane manufacturer markets. The powerful mobile crane went from the factory to France where a number of wind farms are currently being constructed. In ideal weather conditions, the LG 1750 can erect up to three turbines in a week. This is made possible by an excellent set-up concept and fast manoeuvring to the next site. 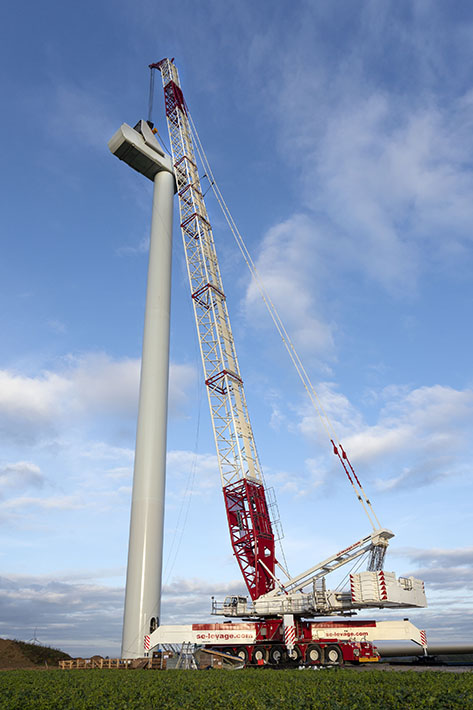 It was not possible to tell from the lattice boom mobile crane that it was actually an eight year old used machine leaving the crane manufacturer’s factory site in Ehingen, Swabia. After undergoing full factory refurbishment, being painted in the customer’s livery colours and provided with a six month warranty, the LG 1750 was dispatched to the Liebherr Service Centre at Niederhergheim near Colmar, from where it travelled to tackle its first job under its new flag. The crane was scheduled to help in the construction of two wind farms in the north of France, not far from the Belgian border.

The crane has already erected a total of 14 turbines, each with a rating of 3.5 megawatts and hub heights of 82 to 97 metres, at the site.

“We decided on the LG 1750 because, in addition to its performance, it can also be moved quickly from one site to the next”

“If the weather plays ball, we can easily manage two to three turbines per week”

says Karl Calonne, the large lattice boom crane’s operator. Ideally, a complete turbine should be finished in a single day. The heaviest component is the 72 tonne gondola. The next morning, the crane is dismantled and by evening it has once again been fully erected at the next site and ready for action.

At the same time as the LG 1750, S.E Levage also ordered a brand new LTR 1100 from Ehingen. This flexible telescopic crawler crane is ideal for auxiliary crane work at a wind farm as a result of its wide range of skills. This manoeuvrable, practical construction machine has proven itself perfect both for setting up the lattice boom crane and also for erecting the tower segments. Even after days of rainfall, its crawler carriers still operate reliably through knee-high slush. The dismantled components of the LG 1750 are often transported by the compact auxiliary crane over the soft surface to the fastened road where they are loaded onto the transport vehicles.

This LG 1750 is the third large machine that S.E Levage has bought from Liebherr’s stock of used cranes. Over the last few years, the company initially bought an LTM 11200-9.1 and then an LTM 1750-9.1 – both of which had undergone full factory refurbishment and resprays. Liebherr Ehingen is not only the global market leader in the mobile crane segment, but is also the largest used crane dealer in the world, having sold more than 10,000 used machines to date. The company sold 250 second- hand mobile and crawler cranes in 2019 alone. 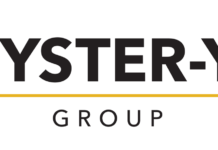