Engineered according to customers’ specifications and designed for optimum payload and ease of maintenance, Austin’s range of Westech, Jec and Ultima truck bodies have...
Read more
AHQJ

Liebherr-Hydraulikbagger unveiled the first representative of the new generation of articulated dump trucks within the framework of a digital product presentation. The TA 230 Litronic...
Read more

The sizeable additions to NPE’s already large and ever-growing fleet of over 250 items of mining equipment, further reinforces its position as a leading specialist in heavy earth moving equipment for the mining industry. 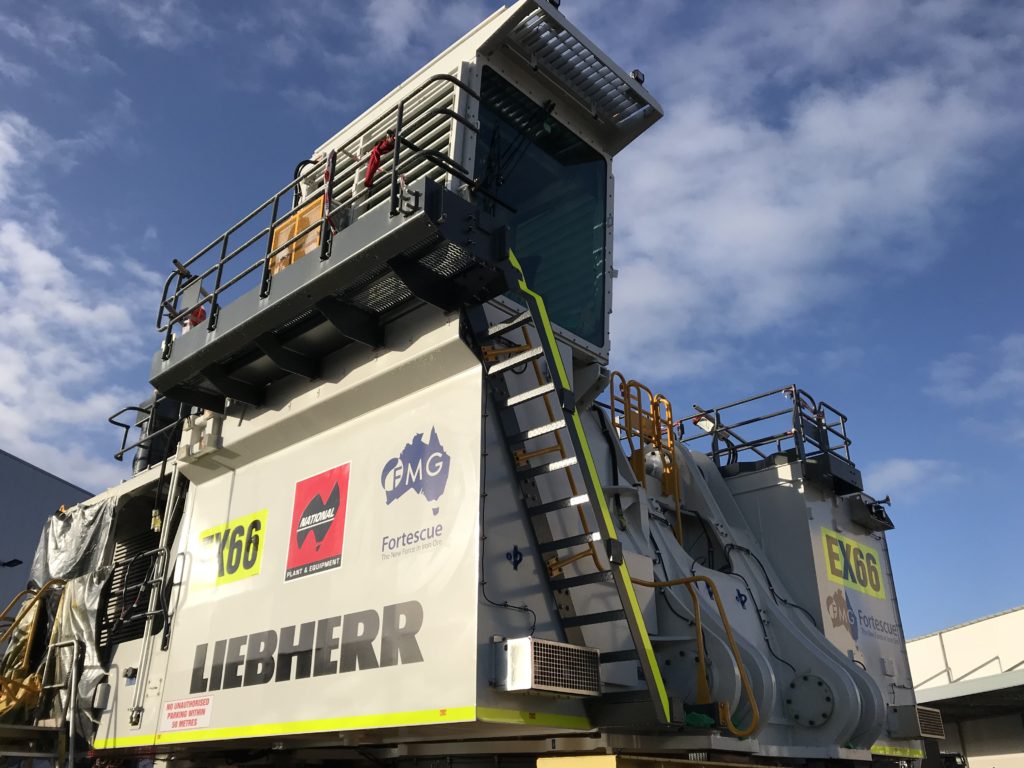 In a move that will keep Australia’s mining industry moving from strength to strength, National Plant & Equipment (NPE) have purchased two Liebherr R 996B Excavators, one of which has arrived in Australia this month. The sizeable additions to NPE’s already large and ever-growing fleet of over 250 items of mining equipment, further reinforces its position as a leading specialist in heavy earth moving equipment for the mining industry.
The rental on the first of these world-class machines has already been secured by Fortescue Metals Group (Fortescue), a global leader in the iron ore industry, who saw the value it would bring to their Christmas Creek mine site, showing their continued commitment to improving productivity and efficiency across their world-class infrastructure and mining operations.
The Liebherr R 996B is an outstanding piece of equipment with the ability to achieve the most challenging targets. It is reliable and has a lifetime guarantee of high performance at low operating costs. The machine is equipped with two V16 Cummins engines specifically
designed to withstand extreme environments and to minimise downtime, along with a high-pressure hydraulic system and optimised pipe and hose layout to maximise operational efficiency. Liebherr recently celebrated the R 996B’s sustained success over time with the 150th machine of its kind being built and its 18th birthday as the very first R 996 was released back in 2000.
In addition to these exceptional specifications mentioned above, Fortescue will fit the new machine with a Cat MineStar Terrain Package™ receiver, allowing it to interact with other Caterpillar 793F autonomous dump trucks. The excavator will enable it to send signals to Fortescue’s autonomous trucks via GPS sensors to move into position to receive a load.
After arriving in Perth from Liebherr’s Excavator manufacturing facility in Colmar France in late June, the first excavator has begun a four-week pre-assembly by Liebherr. From there, it will take approximately three days for the large load to be transported from Perth to Christmas Creek, at which point the final assembly will take place on site, before being handed over to Fortescue in early September. The second excavator will arrive in Australia around mid-September. 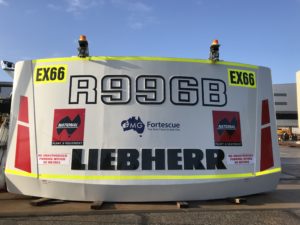 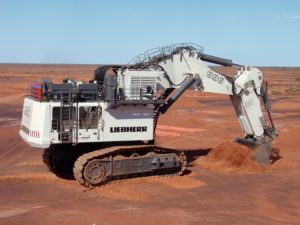 An impressive piece of machinery, the Liebherr R 996B technical specifications include:
• Operating weight with backhoe attachment- 672.00 t
• Engine rating at 1800 rpm- 2,240 kW
The acquisition of two Liebherr R 996B’s is yet another addition to an ever-increasing portfolio of industry leading mining equipment, providing the industry with not only the access to, but also the flexibility to be able to scale up and down as production allows. This only further positions National Plant and Equipment as the supplier of choice to the mining and civil construction sectors.

It’s almost fifty years since the first Australian-made Kenworth rolled off the production line at the Bayswater plant in March 1971. It was a...
Read more
Rental

They are of high demand in the Australian market, yet extremely difficult to come by, making the acquisition one of the most talked about...
Read more
Share this story with your network: